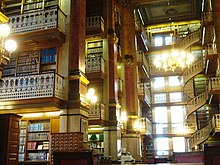 Many people are looking for a quick fix to dealing with speeding tickets. One of these methods is to use a radar detector to be notified when a police radar is in the area so that one can slow down and not be caught for speeding. Do these detectors really work to actually avoid speeding tickets?

Radar detectors do detect radar. There isn’t a debate about that. But there are a few things to keep in mind about them.

Although this is argued, most of the time when your radar detector detects a the police, the police have also detected you. The technology of both units in each car are fairly similar. By the time you might notice the police in the area, you don’t have much time to actually slow down to a speed under the speed limit.

Another issue is that you need to continually upgrade your detector. As the radar guns become more advanced so does your detection. This becomes a battle of constantly improving technology.

Another big problem is that police use more than just radar to detect speeders. There are multiple units of speed measurement. If one gets a detector then drives as if invincible, it’s only a matter of time that a speeding ticket will be issued.

If you do end up getting a ticket by radar, there are a variety of ways to beat that ticket if you know what you are doing. Legitimately fighting the ticket in court is a better strategy than trying to avoid them with detectors.