How to Avoid a Speeding Ticket Or Fight a Traffic Ticket 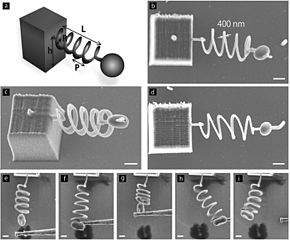 It can be very difficult to avoid a speeding ticket because you’re already angry when you see the siren behind you. So it’s natural to play defensive and argue your side to the officer, but that’s not the right way to handle it. The officer is trained to assume there will be a court date on this traffic ticket stop, so he/she immediately tries to build their case by asking questions like: Do you know why I pulled you over? Do you know how fast you were going? The answers to these questions will all be in their report and will be discussed if you end up taking them to court. Be very careful to not admit any guilt of the offense. Some people might say that you deserve the ticket if you were actually speeding, but who decides what “speeding” is? If you were going 36 mph in a 30 mph zone, if that speeding? Do you deserve a ticket? Of course not, most people go that same speed so it wouldn’t be fair. However, let’s assume these two different, but similar situations;

1) This police officer is having a great day because his son just announced his engagement! He pulls someone over for a routine traffic stop for speeding, 36 mph in a 30 mph zone. The driver was very polite, and the officer gave a quick verbal warning.

2) This police officer just found out some bad news. He pulls someone over for 36 mph in a 30 mph zone and tells the person why he pulled them over. Well, the person argues “Everyone goes that fast, why should I be the one to get a ticket”. This person ends up getting a speeding ticket.

The situation above isn’t to demote police officers, it’s meant for people to realize that there’s too much discretion left up to the police officer on your traffic ticket based on their mood alone. I’m sure officers are trained to avoid situations like this but we all know that the situation above happens every day to someone. You just have to suck up to the officer and play nice guy to try and avoid the speeding ticket.

Sometimes people don’t think that a speeding ticket goes any further than the $50-$100 traffic ticket, but it does! Your insurance might go up, and it also increases your chances of getting a speeding ticket the next time you get pulled over.